Here we go again with another little thought-experiment style game, this time marrying some popular card & board game mechanics with a free-form narrative framework. You'll need to do a little bit of preparation to make some components for the game and then a little bit more each time you sit down to play it: it might go heavy on the index cards or post-it notes, so make sure you have plenty of those to spare.

This game is a tribute to the theatre and all the players take on roles both behind-the-scenes and on-stage over the course of play, but the precise roles change from round to round of the game. Your advance preparation consists of making a set of behind-the-scenes role cards as outlined here:
With these cards prepared, get a group of players together and pitch the game to them: the concept is that all the players are part of a theatrical troupe staging a season of one-act plays. There will be as many one-act plays as there are players in the game and everyone will change both their behind-the-scenes and on-stage roles with every act, but they will each portray a consistent character who has their own traits that colours how they perform these roles.

One session of The Fourth Wall encompasses an entire season of one-act plays, so before you can begin playing, you first need to agree on what plays you are going to put on this season. Everyone takes three index cards and writes down a setting on one, a theme on the other and either a setting or a theme on the third. Settings are the broad geographic & historic locations of the plays, while themes are the types of stories being told.

Keep the settings and themes in their own stacks: each act is composed of one setting and one theme, as chosen by the Playwright or selected at random if there is no Playwright taking part in this act.

Next up, the whole company needs to agree some on-stage roles: these are the archetypal parts that will feature across the season of performances, but their exact portrayal will depend on the setting & theme of that play and the actor who is playing them. You need to have at least 50% more on-stage roles than there are players in the game, e.g. if you have 5 players, then you need at least 8 on-stage roles. An on-stage role is just a capsule description, enough to loosely determine how they should be portrayed and to suggest what they might be doing in that play. Discuss ideas, throw them out there, but don't be afraid to veto anything that really turns you off and that would spoil the game for you if you were made to play it. Keep these on-stage role descriptions short and to the point, refining them down to two words if you are able, but certainly no more than five words at the upper limit.


Put the on-stage roles in their own pile: the Costumer will need to select one card per player from this pile for each act, or simply shuffle them and deal out as many as the number of players if there is no Costumer taking part in this act.

Finally, in the grand old-tradition, have a little ice-breaker activity where each player introduces their character for the game: keep this very simple and archetypal, something with a very clear, strong quirk that will be easily recognisable no matter what on-stage role you have. This is also a bit meta and can get very confusing, so the simplest solution might be to pick a well-known actor with their own particular quirks and do your best to portray them, e.g. pretty much everyone knows what to expect from Nicholas Cage, Dwayne Johnson, Whoopi Goldberg or Maggie Smith.

Super-Meta Sub-Game: If you like, you can actually play a theatre game as a warm-up/ice-breaker, if you know any; if you want to go beyond the Event Horizon of meta, then instead of actually playing that game, you could each simply narrate what happens, in a short montage that illustrates your own particular quirk alongside everyone else's. This is a deep rabbit-hole of meta that you may never emerge from though, so proceed with caution.

For the first round of play, just shuffle all the behind-the-scenes roles together and deal one at random to each player; in subsequent rounds however, the Producer chooses a role currently held by another player and takes it for the new act. The player they chose from then chooses from someone else and so on until there is only one player left to make their choice; they can choose any remaining role, including those not currently in play. After everyone has a behind-the-scenes role for this act, the unused cards are put to one side.
Next up, the Playwright, Director, Scene Shifter and Costumer perform their actions as dictated by their behind-the-scenes role cards, e.g. the Playwright chooses a setting & theme, the Director chooses a mood and so on. 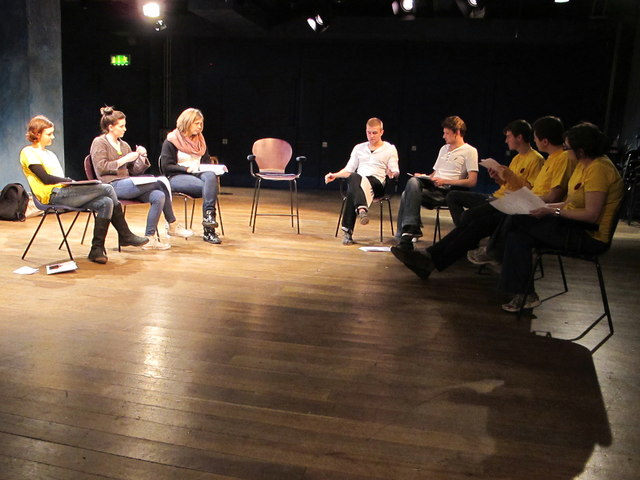 Once everyone has their on-stage role, the play can begin, but remember that it only consists of one act, so it is little more than a scene. As such, keep it pacey and punchy, hitting the tone set by the Director as early and as hard as possible: don't dawdle with backstory and laying foundations, just cut straight to the meat of the performance.
Characters walk onto the set described by the Scene Shifter in any order they like: you might even agree that certain roles are already on stage when the curtain rises or are waiting in the dark for a spotlight to illuminate them. However you do it, be pushy when you're acting: have an agenda in mind for your role in this scene and try to make it happen. Equally, don't let other roles walk all over yours: push back and present them with demands, obstacles and other adversity they must overcome to achieve their goals.

During the performance, the on-stage roles push and pull against each other, using their dialogue and actions to portray this dynamic, but when you act, you have the option to exit the stage, turning your on-stage role face down when you do so. When you exit, your role's part in the play is over, so use this to wrap up their story in some significant way, e.g. they leave with their bags packed, they are arrested, murdered, their proposal is accepted, they break down weeping after their confession, etc.Whatever your exit action is, it can't be undone by anyone still on stage, e.g. if you are arrested, then no-one else gets to free you from custody; if you're killed, then no-one gets to resurrect you and so on. Your exit action only dictates what happens to your role however, not anyone else's: if they are still on stage, then they can still act, so even if you use your exit to dictate that they also get arrested alongside you, they are still free to argue for their own release from custody or just escape the police and go on the run, etc. 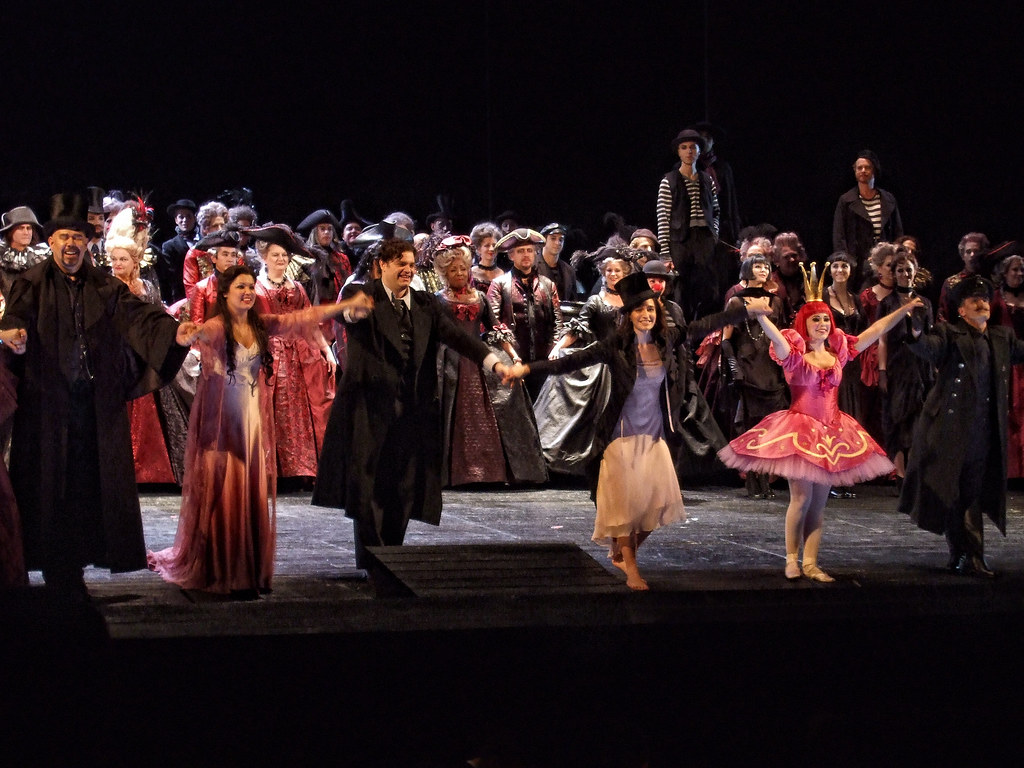 Everyone who exits becomes part of the Audience; once at least half the roles have exited the stage, the play is nearly over. It ends either when the next role exits the stage or when the whole Audience  applauds simultaneously; as an Audience member, you can applaud at any time and try to encourage others in the Audience to applaud with you, but the play isn't over unless everyone in the Audience applauds at the same time.

When an act ends, whether with applause from the Audience or because more than half the roles have exited the stage, set-up the next act as described above. When you complete the last act of the season, the game is over and you can all give your reviews of the plays and/or the actors who appeared in them, or any other roles which you thought were especially noteworthy.
Posted by Groundhoggoth at 15:33 No comments: