Wow... the stuff you find when you start clearing out your hard drive. I apparently wrote this game for a contest and then promptly forgot about it, but as I read back through it for the first time in four years, I realised it would make a good game to play online with a minimum number of players. This is a tweaked version of the original draft to support quarantine play (is that a new genre?) and is as unashamedly queer as the original. 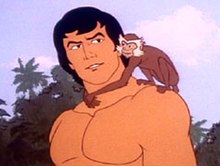 Before play, create a shared folder or document and fill it with googled images of people; they may be photos or artworks, but avoid anything blatantly pornographic. You will want to talk about appropriate sites and images to use before you play, to keep everyone on the same page about what to expect. You can also do this as a live activity if you happen to all be in the same place, like so:

For the duration of the game, all the players must imagine that they are a young, queer person, who is either drawn to members of the same gender, has been assigned the wrong gender or both. The exact ages of the characters, and other details about them, will come out through play, no-one needs to determine an entire history for their character at the start of the game.
The pictures in the shared folder or spread across the table represent pictures that each character may have cut out & kept hidden away during the early part of their life, as a way of holding onto to that part of themselves which isn’t fully defined yet and which they fear may be ridiculed or worse. During the game, players will collect pictures, with each one representing some threshold in their character’s life.

The game is played in turns; on each player’s turn, they nominate someone else who chooses a picture from the shared collection and passes it to the current player. The current player then says whether this is a picture of someone they were attracted to or wanted to be like: after this statement, every other player around the table may ask the current player one question about that picture and the circumstances around it.


A question may be direct or indirect, open or leading, but they must always relate to the picture itself: a question may not be about the character or family of the current character, but it may be open to answers about them. Therefore, a player may not ask “Where did you live?” but they could ask “Where in your house did you hide this picture?” and get an answer that also encompasses details about the character’s home situation. 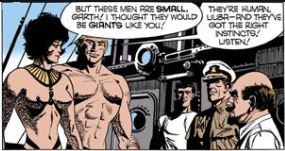 A turn ends when every other player has asked one question of the current player, but there should always be at least 3 questions per picture, so with fewer players, some will get to ask more than one question. A round ends when each player has had one turn at answering questions about the picture they have been given. Each subsequent round should represent a later stage in the lives of the same characters, but while this might be only a week later for one, it might be five years later for another, as long as all character unveil their stories going forward, not in flashbacks to an earlier part of their life.
Let each character’s story develop organically, don’t try to push them to a predetermined conclusion: on each player’s turn, they should confine themselves to only answering the questions they are asked. The answer should focus on the question and not be used to bring in masses of extraneous data about the current character. The more supplemental data that is given, the more it shuts down future questions that the other players might want to ask.

The game should be played over three rounds, or five if there are very few players, so that each player ends with the same number of pictures in front of them: to close the game, each player explains what happened to each of their pictures, with each player taking it in turn to describe the fate of one picture before passing to the next player. Continue in this fashion until each player has detailed the fate of each of their pictures.
When describing the fate of a picture, any type of answer is allowable, from “I don’t know, I lost it,” to “I found & purchased the original; now it hangs over my bed.” A picture that was important to you in your youth might have lost its significance to you as you grew up and explored your identity; on the other hand, it might have become the defining image of your life, an ideal you have chased and conquered, making it who you are. There are no wrong or right answers here and this final round is intended to reflect what each character might or might not have learned from the pictures they cut out & kept as a youth.
Posted by Groundhoggoth at 10:11