Pond Life: The Primordial Soup of The 'Hood

As I mentioned previously, the game that became The 'Hood started life in a very different form and went through a number of other iterations before I settled on the AW hack it is now. I can unreliably trace the roots of the design process (i.e. I can't actually remember, but this seems likely) back to around 2010, when I wrote Never to Die for Game Chef that year: I really liked the setting of that game and wanted to explore it further, taking it beyond the single, dramatic night out in the city that N2D focuses on. 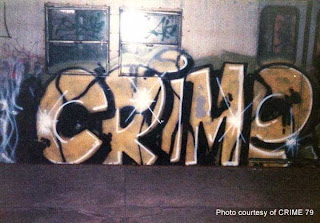 There were a number of influences on my line of thinking at the time: in part, there was the housing estate I lived on, which was notorious for its rough reputation and higher-than-the-national average number of drug users and other crime statistics. I'd also had a discussion with friends at the MKRPG about the tendency for otherwise quite ordinary games to stick in something gonzo simply to attract potential players and how we were fed up with 'laser sharking': why couldn't a game with a realistic setting be as engaging as a game with a fantastic one?

With this in mind, and inspired by the success of N2D, I started toying around with ideas about what a full-on game of urban life would look like: what sort of characters would you have? What would they do? What would the players do? What would the whole thing be about? It seemed clear that a crime drama with soap-opera elements would provide the most interesting situations to play through, but I didn't want to focus on a single crime or even a series of crimes committed by a single gang: I wanted a game about the people who committed the crimes, not the crimes themselves. I was more interested in a big picture game that allowed for the exploration of a complete life rather than just generating scenarios based around hard moral choices: I wanted a serial, not a movie.

I started doodling with mechanics on my A4 pad, scribbling down ideas for rules that would motivate and support the style of play I was aiming for: the fist thing I hit upon was that the game needed to motivate the players to take risks in order to receive rewards, but at the same time this would tend to shorten the shelf-life of the characters. It's easy to sit back and not care about the consequences your actions as a player have for the characters and while 'drive it like you stole it' is a valid play-style, in order to sustain play over the long-term, players had to want to keep their characters for as long as possible, whilst also seeing them succeed at their endeavours.

The first solution to this was to have each session represent a long time in the characters' lives, say six months to a year, which leads me to the similarity to board games that emerged: in many of these, most notably Agricola, one round of play equates approximately to a single season, with all the actions taken by the players in that round being efforts made by their 'characters' over that season. Taking this approach as a model, I started looking at the resources the players would have to play with, the goals they would be trying to attain and the methods by which they could convert the former into the latter. This proto-draft, with a working title of Pond Life (reflecting what eventually became the motto for The 'Hood, 'big fish in a small pond.') used a set of 'jobs', each of which was a modular expression of the rules, that enabled you to attempt to gain progress towards a goal, either directly or by converting resources you had gained from other, easier jobs. For example, one job might be 'Rob the bank', which would earn you lots of dough, but also a lot of heat and carried a strong risk of injury; an easier one might be 'Deal in stolen goods', which gained you less dough and less heat, with no risk of being injured. The other key resource you could gain was 'reputation' and there were jobs that allowed you to spend dough and reputation to advance your character or open up new jobs with greater risks & rewards.

Obviously, there was a bit of crunch to this system but not a huge amount, as the stats involved were quite simple and the jobs used standard templates for working out the risk and reward, e.g. some gave you a fixed but low reward, some let you gamble to gain a higher reward, some let you simply spend 2x to gain y and so on. The bigger problem I had with this line of development was that it made everything a strategic decision: at any point in play, there was always going to be a logically optimal choice, so what was to stop players from doing that? If they were free to choose any job on their turn, the whole thing became an exercise in parlour narration, like barking each time you moved the little dog around the board while playing Monopoly. That's the point at which I started thinking about hacking an existing system instead of creating one from scratch, which lead neatly to the use of Apocalypse World: immediately that I thought of this, I could see that it scored on several grounds:

In my next post, I'll talk about the early development of Ordinary World, as I called the project of hacking AW for urban crime drama, and some of the ideas that got dropped along the wayside.
Posted by Groundhoggoth at 14:05